What is defective Chinese drywall?
Defective Chinese drywall was imported from China to the US as early as 2002, and was used in new construction, additions and renovations of pre-existing houses until approximately 2008, with most used between 2004-2007. Some drywall imported from China contained extraneous metals and minerals such as sulfur, strontium, and iron and caused copper and other metal surfaces to corrode, especially under warm, humid conditions. As the problems caused by the off-gassing of sulfide gasses became apparent, importation of the problem drywall was ceased and remediation activity was initiated.

What should be done about defective Chinese drywall?
The problem drywall and all drywall dust needs to be removed and residue of the sulfur gases needs time to gas-off from wood framing and flooring materials prior to re-finishing the structure with known non-problem drywall.

How is corrosivity of indoor air measured?
Air reactivity is measured in indoor air by corrosion gain in copper coupons. Indoor air is sampled using passive dosimetry, which involves exposing a probe with attached copper strips and then measuring for metal loss.

We will conduct pre-rebuilding clearance (PRC) testing using copper or silver coupons methodology or copper probe and dosimeter. All testing is performed in accordance with certifications required by the Virginia Department of Housing and Community Development.

A detailed report will be provided to document the assessment, including all methods, findings, conclusions, and recommendations as well as photographs, lab certificates and other requisite data. 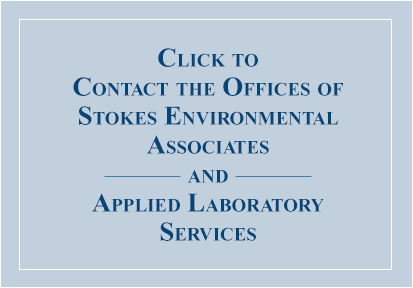